History of the Inca Trail

The Inca Trail to Machu Picchu is part of an extensive Inca system of trails of more than 23,000 kilometres that integrated the Inca Empire of Tahuantinsuyo (“ four regions” in Quechua) that covered big part of Latin America: from Colombia, the west of Brazil, Ecuador, Peru and Bolivia, to the centre of Chile and the north of Argentina. These “Inca trails” were mainly on the coast or in the mountains, but sometimes even reached the tropical edge of the jungle.

The “Inca Trail to Machu Picchu” is only a small part of the thread of Inca paths that held this great empire together and that were called the “Qhapaq Nan”.

The Inca Trails or Qhapaq Ñan

The total network of Inca Trails, without a doubt one of the marvels of the Inca empire, is called Qhapaq Ñan. The UNESCO granted the World Heritage Status to this network in 2014, describing the system as “an engineering wonder that must be restored and preserved.”

The Inca trails vary in quality and size. On the coast, some were 6 to 8 metres wide, but in the Andean mountains the paving was only one metre wide, and the paths were steep and climbed over the difficult Andean mountains.

There are several ancient paths close to Cusco – for example, at Qhorqa, some 20 kilometres from Cusco. On the route to Huchuy Qosqo, there is another interesting Inca Trail. These were constructed perfectly and are still used without much modification.

Hugh Thompson, in his highly recommended book “The White Rock”, writes that the expansion of the Inca Empire was driven by the llama. As a pack animal, the llama could carry merchandise over long distances. Along the route, you can find “Inca tambos” or resting houses. Those houses were used by merchants and by the official the Inca messengers ( chasquis* in Quechua) who used the Inca Trails of the Qhapaq Nan to take messages. 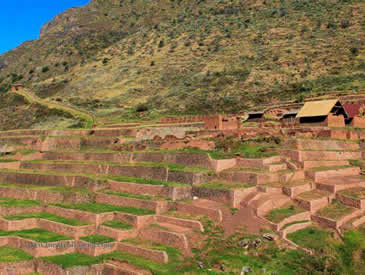 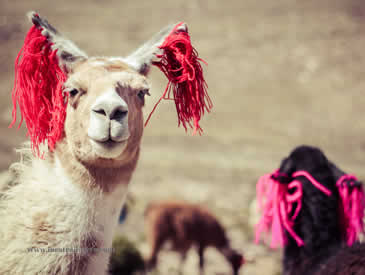 Importance of the lama

The llama was an important animal for the Incas. They used it as pack animal but also the meat could be eaten; the dried dung was used for fuel - essential in some areas of the high puna above the tree-line - and the wool was used for textiles.

However, llamas have very specific needs. They are happiest at high altitudes (over 4000 meters), and while they can descend for short periods, they need to go up again to higher ground for pasturage. The Incas could, therefore, avoid the lengthy ‘zig-zag’ technique by which European roads climbed a mountain slope and instead simply use steep stairs to gain height, so reducing road-building to a quarter of the European length.

Spanish Chroniclers about the Inca trails

Various Spanish chroniclers have given testimony to the beauty of the Inca roads, including Hernando Pizarro, one of the first conquistadors to arrive in Cusco. Pizarro wrote: “The path in of the mountains is something to see because it is built in very difficult terrain. In the Christian world, we have not seen such beautiful roads. All of the crossings have bridges of stone or wood.”

Explorer Victor von Hagen, set out to explore the Qhapaq Ñan in a 1952 expedition, writes: “A message sent by relay runner (a Chasqui) from Quito could reach Cusco over a route of 1230 miles (almost 2000 km) in five days. From Cusco, the same message could be sent to the far end of Lake Titicaca in three days….”. In his palace in Cusco, the Inca dined off fresh fish delivered from the Coast, a distance of 200 miles over the highest Andes, in two days.”

“1230 miles in five days! That would mean that the chasqui relay was run at an average of 246 miles a day! The Romans were fortunate indeed if their mounted couriers could cover 100 miles a day!” Von Hagen and his team discovered an extra-wide highway between Jauja and Bonbon and a series of well preserved chasqui stations (oklas) that enabled them to carry out a series of investigations with local runners. They proved that by using a system of trained runners it was possible to cover the distance between Cusco and Quito in five days!

(*“Highway of the Sun: A search for the royal roads of the Incas.”) 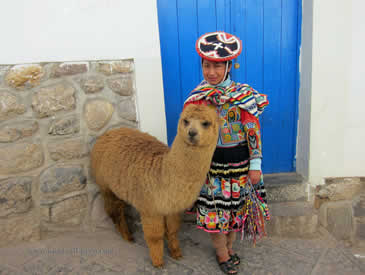 The actual Inca Trail to Machu Picchu still exists and was re-discovered by Hiram Bingham when he realised his clearing work between 1912 and 1915, after the ‘discovery’ of Machu Picchu in 1911. We know now that the Inca trail was a route of pilgrimage to Machu Picchu used by the Inca (or Emperor) in the 15th century. There are different sites between Ollantaytambo and Machu Picchu where you can note the variety of architectural resources that give importance and mysticism to this Royal Road. This Inca Trail did not have a commercial use; there were other, more simple, trails to transport products, llamas and people to Machu Picchu. The purpose of the Inca Trail was religious and ceremonial, a pilgrimage that included rituals to honour the mountains and peaks of the route, like Veronica or Wakaywilka.