Another trail to consider when looking for trekkings in Peru is the 60-kilometer long Choquequirao trek. This beautiful hike goes via a remote trail to a different “lost” Inca city: the sacred site of Choquequirao (or Choquekirow). Meaning “Cradle of Gold” in Quechua, Choquequirao was an Inca city on the same scale as Machu Picchu.

The Choquequirao trek is a spectacular hike that crosses the Apurimac River before it ends up at the mysterious ruins of Choquekirao. The ruins are in an incredible location: perched high on a ledge overlooking one of the deepest canyons in the world, the Apurimac Canyon.

The Choquequirao trek is also a challenging hike, both due to the terrain and the hot climate. The standard length of the trek is 4 Days, but there is a 5 Day Choquequirao trek (the same route with more time) and even a nine-day one, that ends in Machu Picchu. 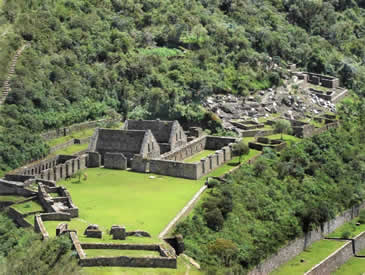 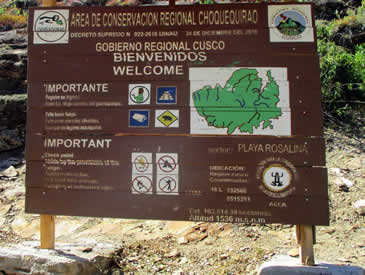 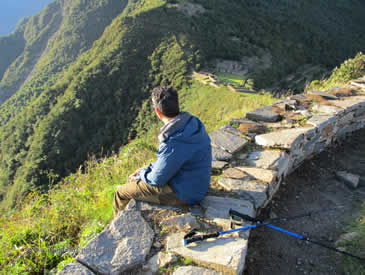 Transport:
bus to the trailhead, bus back to Cusco

The trek reaches a maximum height of (only) 2,900m; Choquequiro is even lower than Cusco

This trail includes a section of original Inca trails

Go soon: a tram or cable care will be built, and then it will become as popular as Machu Picchu.

(this is a sample itinerary, there are small differences between the diferent trek operators in Cusco)

Different trek providers in Cusco offer different Choquequirao itineraries. Check with the tour operator in Cusco of your choice for the details of your trek.

The Choquequirao hike starts with an early morning pickup from your accommodation in Cusco. You will go by car to the village of Cachora where the adventure starts.

The first part of the trek is downhill. Already around lunchtime on the first day, you will see the first views of the Apurimac valley stretching below and the snow-capped peaks around you. And a few hours later, the first view of Choquequirao from far away. The climate becomes warmer, and flora and fauna begin to change. You will hike to the Rosalina bridge over the Apurimac River, which is situated 1500 meters above sea level.

Once you’ve crossed the Apurimac river, there will be a lot of climbing with zigzags up till Maranpata (normally on day 2 of the trek). You will see different types of Andean vegetation and be surrounded by amazing natural landscapes with valleys, snow-capped mountains and a variety of plants, birds and animals.

Upon arrival at the archaeological site Choquequirao (in most itineraries on day 3, early in the morning) you will to enjoy the impressive views of the deep canyon and maybe even have the opportunity to see a condor flying nearby. The Choquequirao ruins are even bigger than Machu Picchu, but due to the location, there are hardly any other people around. 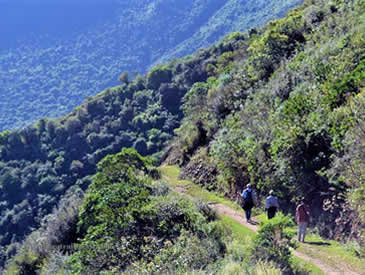 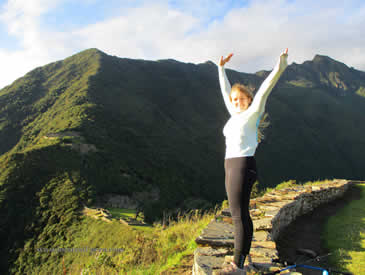 Choquequirao is similar to Machu Picchu both in architecture and significance – it’s even bigger-, but it is a considered a true hidden gem because it’s not easily accessible to visitors.

Choquekirao corresponds with an Inca City which has scattered sectors with diverse functions, linked to the main square by a series of footpaths. This square has a ceremonial character. The remains of the monument show that the city was suddenly abandoned, probably for the same reason as Machu Picchu with the arrival of the Spaniards. You can see temples of the sun and the earth, real residences, sleeping rooms and residences for farmers.

The shorter version of the Choquequirao hike to nog end in Machu Picchu. When combined with a visit to Machu Picchu, treks to Choquequirao can take anywhere from seven to ten days. Please note that the Choquekiraw trail program is subject to change, depending on which season you go, how many people you are, the climate and other circumstances