What is Machu Picchu?

The famous Inca citadel Machu Picchu was likely built around the year 1450, during the glory years of the Inca Empire. In this period the Empire was ruled by the Inca’s Pachacutec Yupanqui (1438-1471) and Tupac Yupanqui (1472-1493).

Due to the impressive cultural and natural attractions of Machu Picchu and the spectacular surroundings, the Peruvian state declared them a Protected Natural Area in 1981. Shortly after, in 1983, the UNESCO declared the Sanctuary a World Heritage Site.

Within the Sanctuary of Machu Picchu, you can find 350 bird species, 200 orchid species, ten different ecological zones (from glacial peaks to tropical forests), a network of Inca highways and several archaeological sites. And last but not least, the legendary city of Machu Picchu. 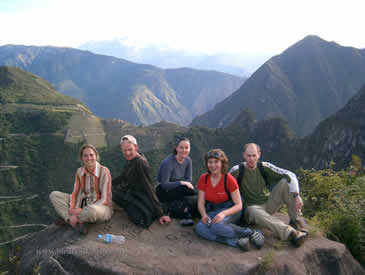 Where is Machu Picchu?

Machu Picchu is located 80 km (50 miles) northwest of the city of Cusco (Peru) at an altitude of 2,430 meters, 450 meters up from the Urubamba River. It is about 112 kilometres from Cusco by railway. The Inca site is surrounded by impressive and steep mountain ridges on three sides, separated by narrow valleys and deep ravines. The National Park of Machu Picchu is important, not only because if it’s archaeological value but also because of the variety of ecosystems within its boundaries.

No trip to Peru is complete without visiting Machu Picchu ("Old Mountain" in Quechua). Since the Spanish conquistadors never discovered Machu Picchu, it was never destroyed; this is one of the reasons it is one most important Incan ruins. In a worldwide internet poll in 2007, Machu Picchu was voted one of the New Seven Wonders of the World.

Archaeologists say that the city of Machu Picchu was most likely abandoned by the Incas because the invasion of the Spanish conquistadores caused the death of most royal Inca people, while others went in hiding.

The ruins of Machu Picchu open at 6 am and are open until 6 pm.

You are not allowed to bring a big backpack into the archaeological site. The maximum size allowed is 25 litre. You can leave luggage at the guarded storage next to the entrance, where you pay 5 Soles for the whole day.

Remember you can take water, but no food. Neither are tripods, drones and selfie sticks are allowed. 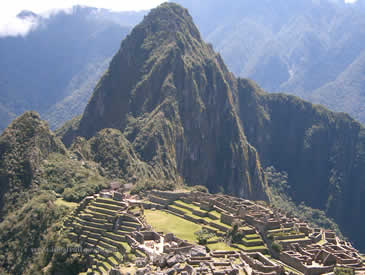 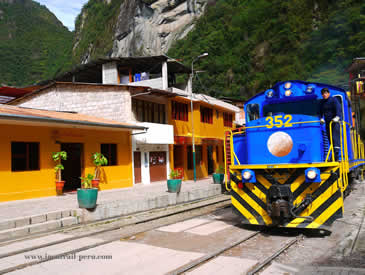 Just after the entrance, on your left-hand side, you find a small office where you can get a map of the archaeological site, that includes the three different main circuits to walk.

In this office, you can also put a stamp of Machu Picchu in your passport.

There is a toilet at the entrance of Machu Picchu - be sure to visit the toilets before you enter. There are no toilets inside the Inca city. The cost is approx. 0.75USD.