Hiram Bingham, explorer and professor of South American history, first crossed the Peruvian mountains in February 1909, the wettest month of the year. The rain made his travels difficult.

However, his managed to the ruins of Choquequirao and he was very impressed. This visit stimulated his interest in the Incas.

In 1911 Bingham returned to Peru with the Yale Peruvian Expedition. His goal was to explore the Urubamba River and surroundings, to find the mysterious last capital of the Incas, Vilcabamba.

No one in Cusco gave credit to is plan, because they thought that the last capital of the Incas was already found (Choquequirao). 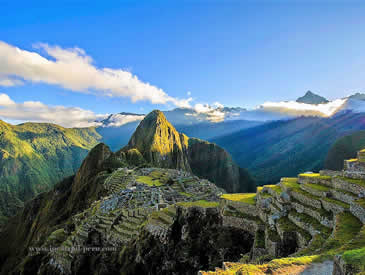 Binghams 1911 expedition set off following the course of the Urubamba River, exploring series of ruins along the way. On July 23 1911, Bingham arrived at Mandor where he met the peasant farmer Melchor Arteaga who told Bingham about the existence of two Inca sites, Machu Picchu and Huayna Picchu (‘old mountain’ and ‘young mountain’ in Quechua).

They hired Arteaga as their local guide. After they crossed the fast-flowing Urubamba river they encountering the thick jungle vegetation on the other side. After a rest, Bingham decide to continue climbing, however, Arteaga decided to stay and sent a child as a guide in his place.

But he was most surprised them most was a series of finely finished Inca walls that were covered by thick vegetation. The child took Bingham through bushes and bamboo to a great carved cave, finely finished that, in Bingham’s words, had to be the Royal Tomb. 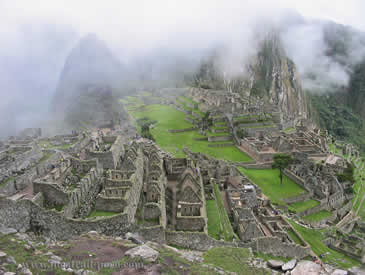 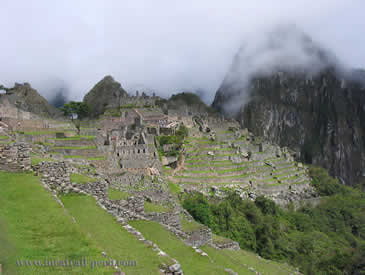 Although this site wasn’t the lost city of Vilcabamba that Bingham was looking for, he did immediately understand the importance of his ‘discovery’.

Bingham returned to his country, taking with him amazing news of the lost city of Machu Picchu. The discovery attracted the attention of the entire world and in particular of Yale University and the National Geographic Society. Both institutions decided to assist Bingham in his exploration of the discovered ruins in 1912 and 1915.